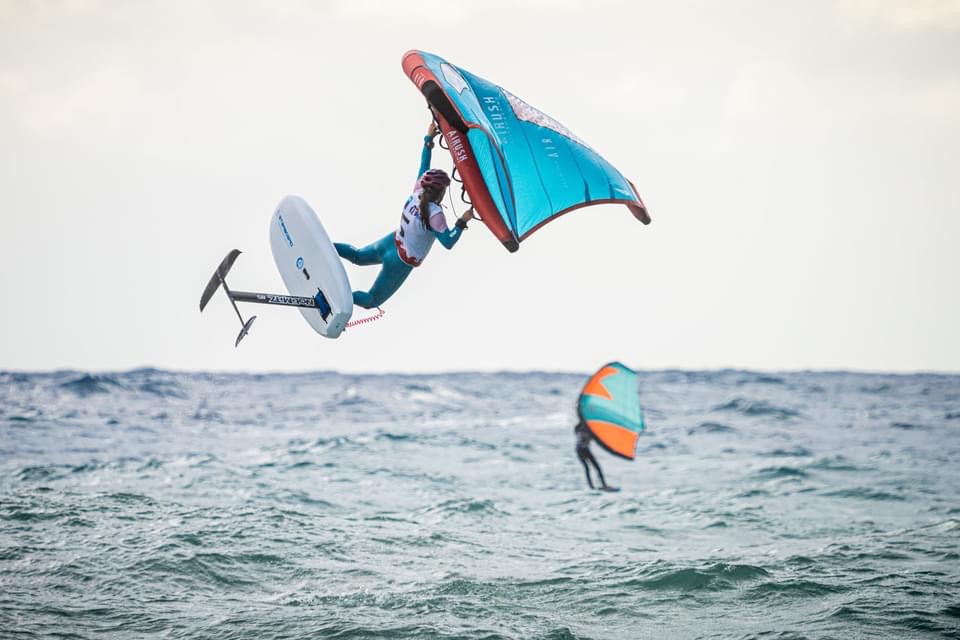 The 2021 Carro Wingfoil Classic delivered an epic weekend of wingfoiling action that riders and spectators alike super stoked out. The Carro Wingfoil Classic is a festival-style event that welcomed all riders from beginner to professional in celebration of this exciting & emerging sport. The event took place in Martigues, in the stunning French Riviera – an ideal wingfoiling location – with both freestyle and race wing foil events.

“Carro Wing Foil Classic: What I thought was going to be a relaxed, festival style event with talented riders all having fun sharing beautiful Mediterranean conditions for freestyle and racing, blew my expectations out of the water! Yes, the riding level was insane but so were the conditions.

On day one we had a steady 30-knot breeze with gusts over 45 knots, 2.5meter swell and pouring rain! To be completely honest, it was absolutely my favorite conditions! You’d be sailing along and the person in front of you would completely disappear between swells, wing too. Just being out on the water in those conditions was the best part of the weekend for me. It was kinda like survival conditions, especially since visibility wasn’t the greatest, but at the same time, the power from the sea was something we only get to experience a few times.

We began day one with a race. It sounds a lot simpler than it was. The swell was too big to launch off the beach, so we had to launch from the harbor. It took about 40 minutes to get out of the harbor (only 300 meters) because the swell was bouncing off the walls creating a washing machine effect. When I finally made it out to the start line, the sequence had started and we were about to start. I didn’t ‘nail the start’ but realistically, just crossing the start line was already an accomplishment. From there, we had to sail out to a permanent Cardinal, back to a red buoy, back to the cardinal and then cross the start/finish line. I was using the 3m FreeWing and I could barely sheet in on the downwind leg. The swell was so big, you had to time where you went over the crest of a wave to make sure your foil didn’t fly out the backside of the swell. I completed my first lap and was heading into my second when a massive rain squall came through and made it extremely difficult to see where the Cardinal actually was. I was following the people in front me of and luckily saw this massive metal pole before I ran into it. We all rounded it for the second time and headed for the finish. I was at the back of the men’s pack, but I finished the race!

After the first race, they called off the racing because it was so dangerous, so we started a freestyle contest. Here, people were throwing massive airs! Sam Carentz a fellow FreeWing Teammate was boosting! I saw somebody do a double back loop… on a wing!! How epic is that?! I got a couple of nice stock jumps and wow, the swell and wave riding was spectacular!

Day two brought similar conditions, except with a bigger swell and luckily the rain subsided. We started with racing again, and this time at least we could see the entire course, but it was still very challenging to leave the Marina. This time most of the competitors made it to the start line on time, which was a big improvement from the day before. After rounding the cardinal on my first lap, a wave that broke on the outer reef took me out. I mean, this thing was big. I saw it peak up, bigger than just a normal swell, and I thought ‘ruh-roh’.

I tried to outrun the white water, but it caught up to me and I got worked — by the next three waves. By the time I got up, the men’s fleet was way in front of me, but I was still leading the women’s. I finished the race, won the women’s and therefore won the women’s racing aka ‘Survival At Sea Carro Wing Foil Classic!’ This was my second event wing foiling and it really felt like diving into the deep end! But, this is how you improve and get more comfortable, so I am super happy to have had the opportunity to wing in these conditions!” 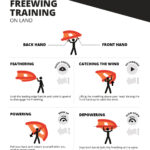 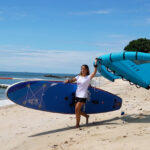