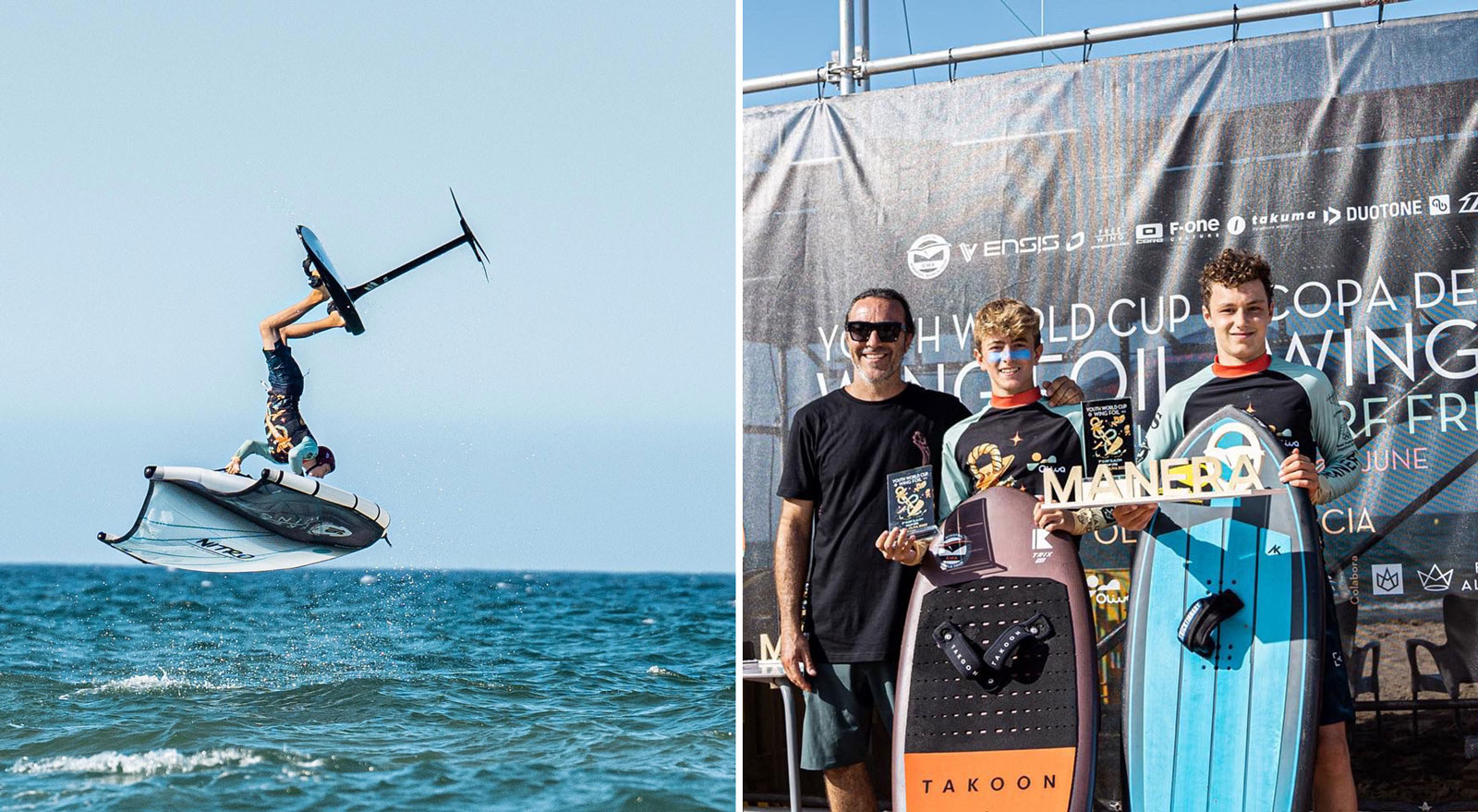 10 wingfoil junior rippers from France, US, Italy, Australia & Guadeloupe and Spain (Xavi) competed in the U16 freestyle event. Conditions were superb with 10 – 18 kts of wind, ideal for Xavi’s 4m & 5m FreeWing AIR Team wings, which he unleashed to take hist first gold.

Only two races took place in the surf slalom event due to lack of wind, with races taking place in 10 – 13knts. Xavi whipped out the powerful FreeWing AIR Team 6m and took decisive wins in both of the rounds, and take the over u16 surf slalom gold medal as well.