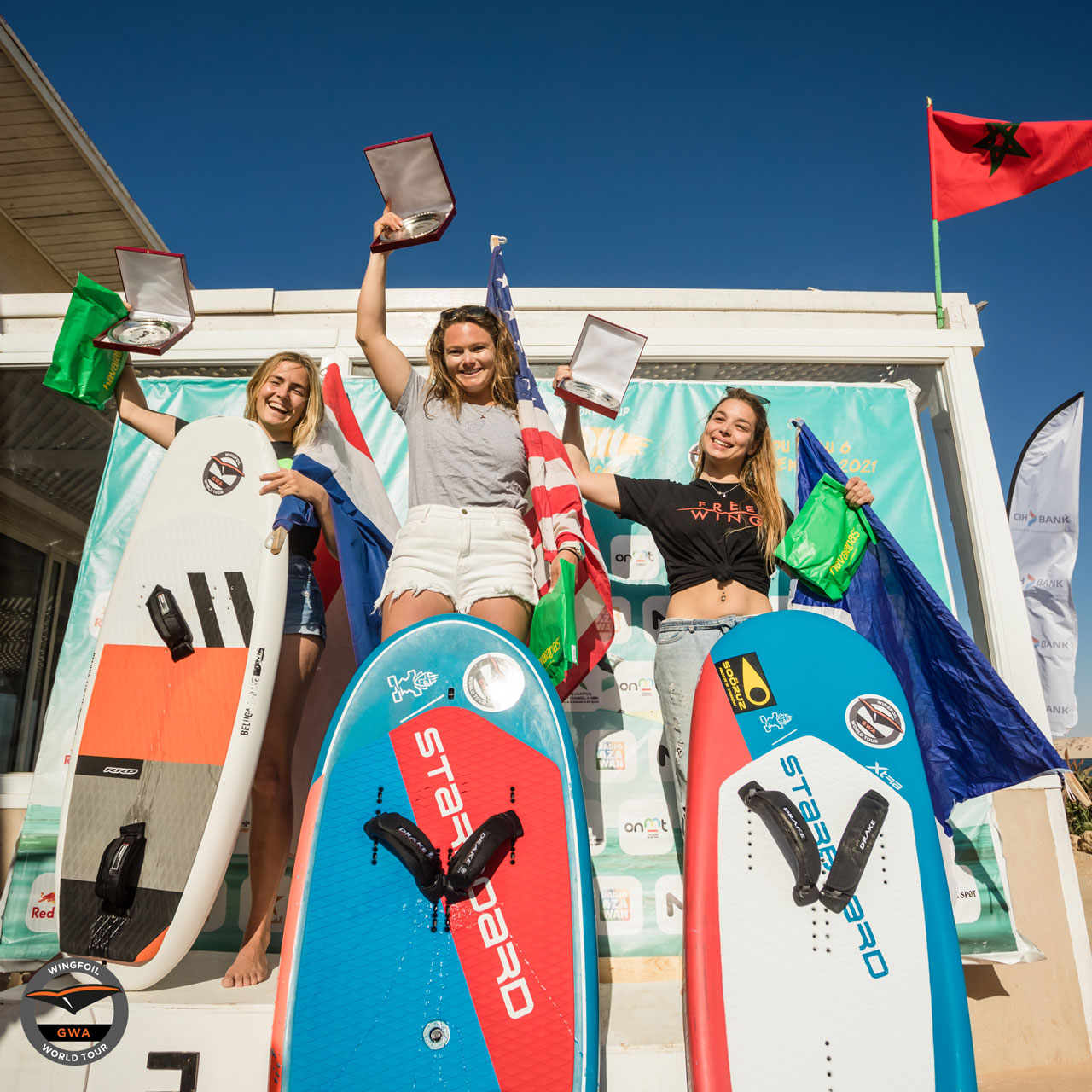 Waterwomen Fiona Wylde has been on a winning streak racking up international titles in both stand up paddleboarding and wingfoiling events around the world. This past weekend saw Fiona put in superb performances at her first Wing Foil World Cup event to take home both the women’s Wing Foil Racing and Surf-freestyle titles. This was the second stop of the 2021 GWA Wing Foil World Tour series and took place in Dakhla, Morocco from 2nd to 6th November.